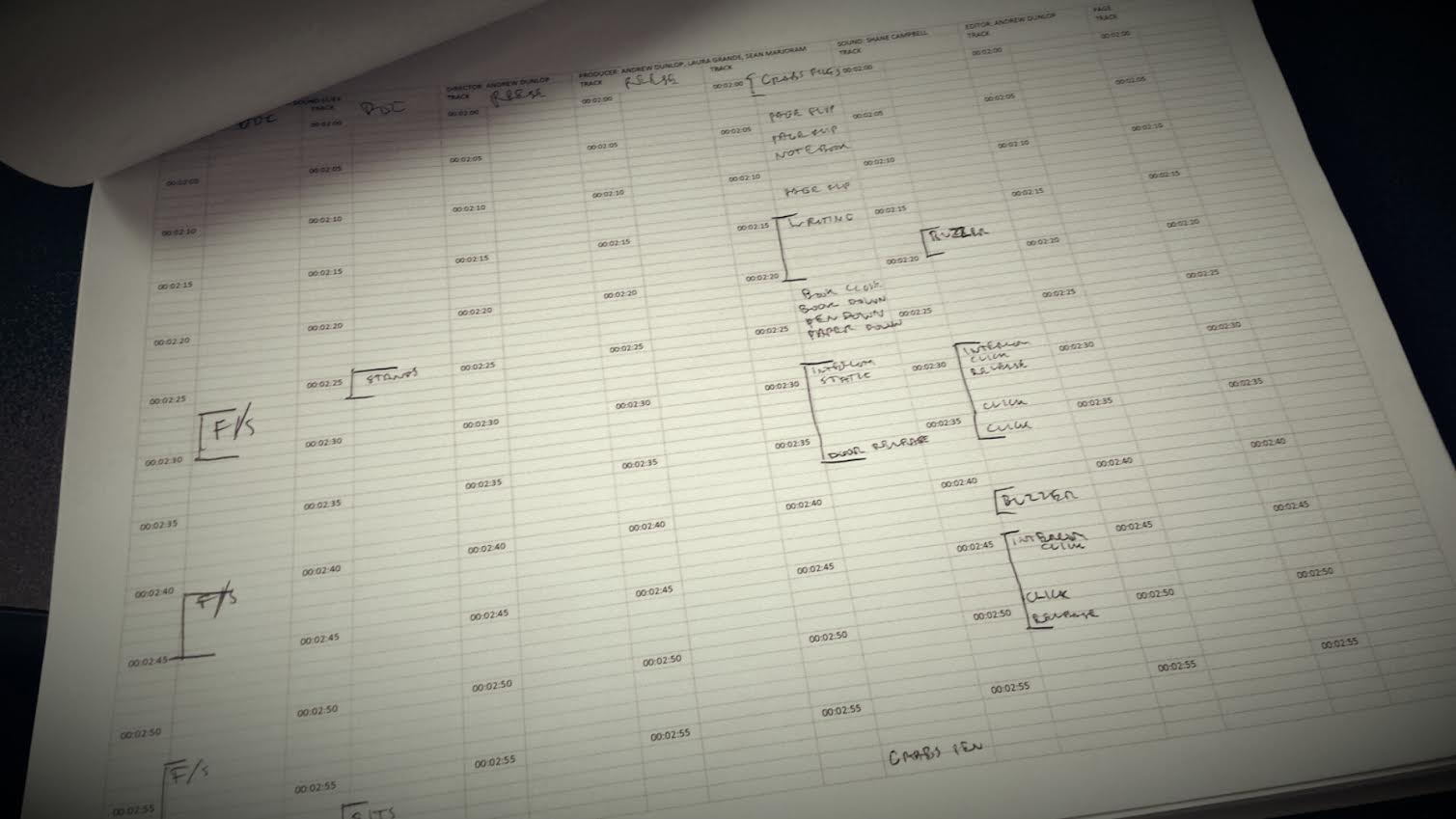 FALL UPDATE [2015-11-16]: The film was submitted to five festivals as a work-in-progress and was not accepted at any. Lesson learned: never submit a film that is incomplete regardless of what festivals suggest. In late summer 2015 a TILT fundraising campaign was started to raise money for the real festival run which will take place following the film’s completion in early 2016.

Last week we reached picture lock (1:45:37)! Not bad! Threw the film on a DVD and sent it off to TIFF. Thus beginning our festival run.

As you’ll see from the attached image I’ve started working on foley cues — going through every second of the film and marking up what sounds need to be recorded. I’ll go through a similar process when determining what dialogue needs to be re-recorded.

Concurrently I am also working on some visual effects. Now, this picture is not FX-heavy, so what I’m doing is digitally correcting (not to this extent) some factors of the shooting environment we could not control — for example — the appearance of a city outside the windows. There actually were several apartment buildings across the street, but none of the assholes who lived there bothered to turn on any lights while we were shooting. Hmmf.